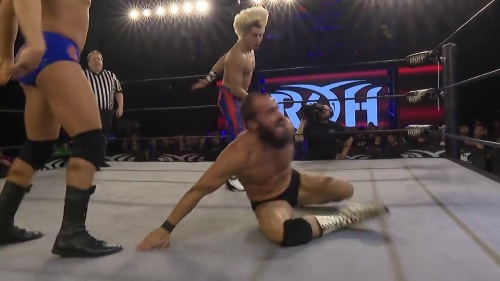 END_OF_DOCUMENT_TOKEN_TO_BE_REPLACED

Series information
Title: Tangled: The Series (2017)
Genres: Animation, Action, Adventure, Comedy, Family, Fantasy, Musical
Description: Set between Walt Disney Animation Studios’ "Tangled" and its short film "Tangled Ever After," this animated adventure/comedy series unfolds as Rapunzel acquaints herself with her parents, her kingdom and the people of Corona.
END_OF_DOCUMENT_TOKEN_TO_BE_REPLACED

Series information
Title: Supergirl (2015)
Genres: Action, Adventure, Drama, Sci-Fi
Description: Years ago, Krypton was about to explode and Kal-El was sent to Earth to escape that fate. However, his older cousin, Kara, was also intended to accompany the infant as his protector. Unfortunately, Kara was accidentally diverted into the timeless Phantom Zone for years before finally arriving on Earth decades later and found by her cousin who had grown into Superman. Years later, Kara Danvers is a young professional adrift in a thankless job until a fateful crisis ignites a sense of purpose using Kryptonian powers she had long hidden. Inspired, Kara decides to emulate her cousin’s superheroic ways, only to find her foster sister introducing her to the secret Department of Extra-Normal Operations, dedicated to fighting alien menaces including those Kara inadvertently led to Earth. Now with such help, the Maid of Might takes her place as Earth’s newest champion with new friends and enemies challenging her world.
END_OF_DOCUMENT_TOKEN_TO_BE_REPLACED

Series information
Title: QI (2003)
Genres: Comedy, Game-Show
Description: A comedy panel game in which being Quite Interesting is more important than being right. Sandi Toksvig is joined each week by four comedians to share anecdotes and trivia, and maybe answer some questions as well.
END_OF_DOCUMENT_TOKEN_TO_BE_REPLACED

Series information
Title: Curb Your Enthusiasm (2000)
Genres: Comedy
Description: He’s got it all: a loving wife, good friends, a successful career, a great home…what could possibly go wrong for Larry David? Seinfeld co-creator Larry David stars as himself in this hilarious, off-kilter comedy series that presents an unflinching, self-deprecating depiction of his life.
END_OF_DOCUMENT_TOKEN_TO_BE_REPLACED

Powered by WordPress | Designed by TieLabs
© Copyright 2020, All Rights Reserved