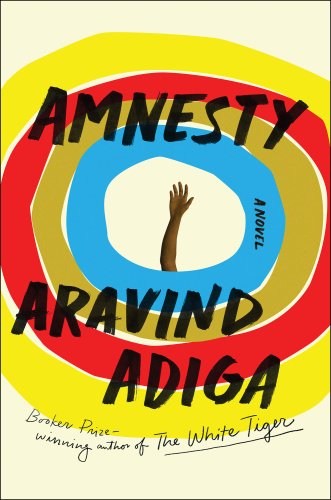 Descirption: A riveting, suspenseful and exuberant novel from the bestselling, Man Booker Prize-winning author of The White Tiger and Selection Day about a young illegal immigrant who must decide whether to report crucial information about a murder-and thereby risk deportation.
Danny-formerly Dhananjaya Rajaratnam-is an illegal immigrant in Sydney, Australia, denied refugee status after he fled from Sri Lanka. Working as a cleaner, living out of a grocery storeroom, for three years he’s been trying to create a new identity for himself. And now, with his beloved vegan girlfriend, Sonja, with his hidden accent and highlights in his hair, he is as close as he has ever come to living a normal life.

But then one morning, Danny learns a female client of his has been murdered. The deed was done with a knife, at a creek he’d been to with her before; and a jacket was left at the scene, which he believes belongs to another of his clients-a…

You Can Heal Your Heart by David Kessler, Louise Hay

The Last Drop of Blood by Graham Masterton

The Yield by Tara June Winch

Powered by WordPress | Designed by TieLabs
© Copyright 2020, All Rights Reserved